Read PDF After The Darkness: Episode One 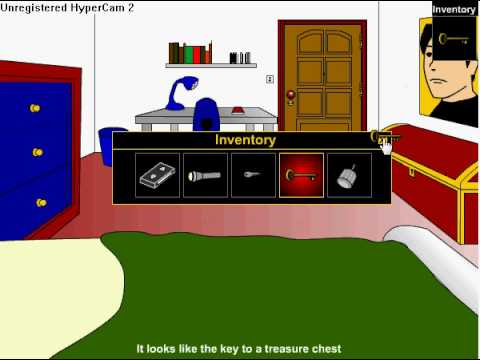 Dustbins and crates litter the scenery, and can be smashed open to reveal useful items such as health boosts and other status-changing trinkets. Curiously, for a game so clearly inspired by the RPG genre, there's no shop, so the only way to restock on health kits is to tromp around the same screens, smashing the respawning crates and hoping that the random contents will provide what you need. Basic control is disappointingly clumsy, with characters lolloping along sluggishly, often getting snagged on scenery or stymied by invisible walls.


Getting them to face a specific item or area of interest can also be a fiddle, which becomes a problem when certain essential quest items are tucked away in amongst other clickable screen elements. The game isn't exactly full of puzzles - there's a character who basically tells you where to go, and the game sometimes won't even let you proceed until you've spoken with them - but the few puzzles that are here tend to be tricky because it's easy to miss items, rather than because the puzzle itself is particularly fiendish.

After The Darkness: Episode One

There are numerous ongoing quests or "cases" to follow but few really amount to anything other than long-winded ways of earning small status boosts. Collecting a set number of items, or defeating a set number of enemies, is the norm. Dialogue is plentiful, and often funny, but there are no real branching discussions - mostly you're choosing which funny thing you'd like to say to trigger the same plot-advancing responses.

Basically, as both an adventure game and an RPG, it all feels a bit undercooked. This is particularly surprising given Ron "Monkey Island" Gilbert's involvement, but when you strip the game down to its framework it's a disappointingly flimsy construction. You've probably noticed that I've got this far and haven't really commented on the combat yet. That's because combat is by far the most dominant gameplay element, and also the most problematic.

The game uses a system that borrows elements from both Final Fantasy and Paper Mario. It's real-time, and each character has a timer which ticks around until they can attack again. Once it's full, you can either unleash a standard attack on an enemy, or wait for the special attack meter to fill up. Special attacks involve mashing or matching buttons to deliver extra damage, with more powerful variations earned as you level up.

What is Kobo Super Points?

They can also be combined into team attacks if everyone has a full special meter. And of course you have the obligatory inventory options, from which you can select healing items, status items or special items which either damage or distract your foes. All of these rely on very small, fiddly icons and menus which will be all but unreadable to those playing on standard definition TVs.


Fair warning. Read the Eurogamer. Sometimes we include links to online retail stores. If you click on one and make a purchase we may receive a small commission. For more information, go here. Jump to comments Dan has been writing for Eurogamer since and specialises in RPGs, shooters and games for children.

His bestest game ever is Julian Gollop's Chaos.